The U.S. Soccer Federation and president Sunil Gulati face an antitrust complaint filed with the Department of Justice by an attorney working on behalf of Oregon-based youth club Westside Timbers.

The allegations from attorney Cory Roth are the latest salvos in an ongoing effort to have FIFA's system of training compensation and solidarity payments enforced in the United States. No charges have been filed.

Part of the complaint, a copy of which has been obtained by ESPN FC, piggybacks onto the North American Soccer League's lawsuit against the USSF, highlighting examples of what it believes to be antitrust behavior.

But this complaint goes further, alleging that the USSF and Gulati worked to delay cases related to training compensation and solidarity payments from being heard by FIFA's Dispute Resolution Chamber.

One specific case centers around the Westside Timbers seeking to collect over $320,000 in training compensation from FC Utrecht related to Rubio Rubin, who signed his first professional contract with the Dutch club.

The Rubin case was filed to the DRC in August 2016 and appeared to be mired in red tape. The complaint contends that Gulati, a member of the FIFA Council, communicated with Omar Ongaro, the head of FIFA's Player Status and Governance Department, seeking to delay the DRC from ruling on the case.

The Westside complaint alleges that Gulati's contact with Ongaro violates the Sherman Antitrust Act, which says any contract or conspiracy "in restraint of trade or commerce" between states or with foreign nations is considered a felony.

The DRC is considered an administrative tribunal and thus is looked upon as a court by U.S. law, which says individuals are forbidden from contacting such entities "ex parte," or by themselves. That is the line that the complaint alleges has been crossed by Gulati and constitutes a restraint on trade since it has at least delayed Westside from recouping the payment it feels it is owed.

"Gulati interfered with a foreign tribunal in furtherance of a conspiracy to benefit the USSF, MLS and [the league's marketing arm] SUM to the detriment of American youth soccer clubs," Roth wrote in an email. "Gulati improperly leveraged his position as USSF President and FIFA [Council] member by telling Ongaro to take at least one, and more likely than not ALL, American training compensation and solidarity cases off the FIFA docket."

ESPN FC obtained emails showing Gulati discussing with Ongaro a different case that was before the DRC. A source close to the USSF contends that the communication between Gulati and Ongaro in that instance was above board and agreed to by the parties involved, an assertion that Roth disputes.

Roth continued: "We know that Gulati told Ongaro to take one case off the docket the day before the case was to be heard. This interference was not only unethical, considering Gulati knew this youth club was represented by legal counsel, but also we believe illegal under the antitrust laws of the United States of America.

"Gulati's actions have denied justice for my client, the 10 or so other clubs with claims pending at the DRC, and many clubs across the country who may be waiting to see how this plays out before filing their own claims." 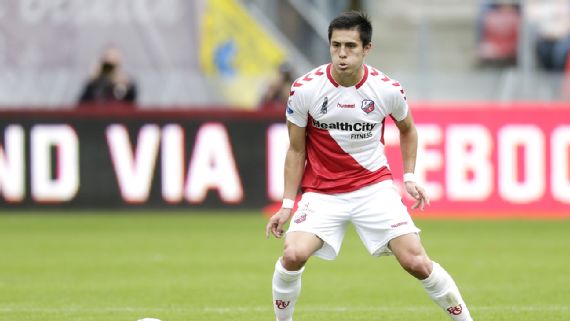 Reached by telephone, Roth added: "My clients have been waiting for this precedent and this money for a very long time. They want to do good things with it for their community. You can only wait around for so long before doing something."

No charges related to this complaint have been filed against Gulati, the USSF, MLS or SUM. The complaint is merely a request for the DOJ to investigate the matter. A copy of an email dated Dec. 13 from the DOJ to Roth seen by ESPN FC showed the DOJ has received the complaint and has "forwarded it to the appropriate legal staff for further review." The DOJ also said in the email that it would not be commenting publicly while it conducts its investigation.

Gulati, the USSF and MLS all declined to comment when reached by ESPN FC.

A request for comment from Ongaro resulted in a statement from FIFA that reads: "Please be informed that the training compensation/solidarity mechanism cases to which you refer are still pending with our services. As a result, and in accordance with our usual practice, we are not in a position to further comment on them."

The Rubin case is one of at least 10 instances of U.S.-based clubs attempting to collect either training compensation or what are called solidarity payments as described in Articles 20 and 21 and Annexe 4 of FIFA's Regulations on the Status and Transfer of Players.

RSTP stipulates that when a player signs a first professional contract, the pro club is obligated to pay training and development costs to every club that developed that player between the ages of 12 and 21. Training compensation is also due when the player moves to a club in a different country before their 23rd birthday.

Additionally, when a player transfers to a club in another country before the expiration of his contract, 5 percent of the transfer fee is to be allocated to the club or clubs that developed the player in a solidarity payment.

The USSF has not enforced RSTP because of fears of violating the same antitrust laws it is now accused of breaching by not acting. That stance stems from the case of Fraser v. MLS, which challenged the league's single-entity structure but also involved the payment of transfer fees for out-of-contract players. MLS stated it wasn't requiring a fee for such players anyway and promised not to do so in the future.

More critically, the USSF, which was dropped from the Fraser case, went one step further and entered into an agreement with the court -- a copy of which has been obtained by ESPN FC -- that said it wouldn't enforce out-of-contract transfer fees. The USSF ultimately interpreted that agreement to mean that it couldn't require the payment of training compensation and solidarity payments under any circumstances.

In recent years, U.S.-based youth clubs have become more aggressive in attempting to collect solidarity payments. Redmond, Washington-based Crossfire Premier has a case pending before the DRC regarding the transfer of U.S. international and Newcastle United defender DeAndre Yedlin from the MLS club Seattle Sounders to English Premier League side Tottenham Hotspur in 2014. There are also cases pending before the DRC related to U.S. internationals Michael Bradley, Clint Dempsey and Alejandro Bedoya, among others.

MLS has outwardly been more amenable to instituting a system of training compensation and solidarity payments. In recent years, it has seen more products of its youth academies signed by foreign clubs, with MLS teams getting no compensation in return.

"Training compensation and solidarity payments, MLS is a beneficiary of that because we are developing more players who are going to come through our academies and leave," MLS commissioner Don Garber told ESPN FC last month. "So this is not the league against the youth system.

"I think the federation and the league and the clubs need to come up with some sort of solution that is workable for all. This would be an example of how there needs to be a change in our approach so that we can ensure that more money is invested and more people are benefiting from the development of players, including those players themselves."

For Gulati, the allegations come at a time in which his third term as USSF president will end in February after an election in which he is not running. He has come under steady criticism for the failure of the U.S. men's national team to qualify for the 2018 World Cup, as well as for not seeking enough input from the USSF's Board of Directors when it came to the hiring and firing of managers.